Not Available for Purchase at ANY price! 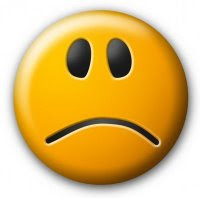 Okay, this is starting to really get to me.

As most of you know, I lost my husband of 43 years to cancer in April. He was the love of life, my dearest friend, my partner, and the dearest thing in my life. Losing him cut to the quick and I still cry every night when I go to bed. The wound is still fresh and I ache like you wouldn't believe.

I don't know if some well-meaning person did this or someone who is just plain mean as hell but I have been getting things like this:

Charlee Compo! Did you know it takes less than 30 seconds to join True and start meeting singles in your area? Are you ready to meet that Special Someone? Press Here!

I have also gotten emails from Match.com, eHarmony, Catholic Match, Catholic Singles, and several other dating sites like Singles.net, Date Hookup, Chemistry, and the most offensive of all plentyoffish.com .

To say this is cruel would be to put it mildly. I've already had two proposals of marriage just from the single men in my CHURCH! These are men who were Tom's friends. If I hear one more, "Tom wouldn't want you to be alone" I'm gonna hit somebody. I also had a proposal from a complete stranger via the web. I have had old classmates who are widowed or divorced writing to let me know they are available. My answer to those men was I had the best and won't settle for the rest. I make it very clear I will never marry again. I may date but marriage is out of the question and yes, I am sure there will be no second marriage.

As a cartoon my friend sent me this morning when I vented this to her says: Some mornings it just doesn't pay to chew through the straps.